Prellball is an exciting and challenging sport. However, in Germany, it is often overshadowed by other sports like football and volleyball. Unfairly so, believes Timo Vogel, lab technician at OeTTINGER Brewery Braunschweig, as the sport has been his great passion for many years. He applied for a donation from the personnel development program for the prellball team at his sports club, SV Grün-Weiß Vallstedt. And he was successful! OeTTINGER will now donate a sum of EUR 1,250 to his club. Timo Vogel and his teammates were delighted: “Of course, we were all thrilled to hear the news that we won the personnel development program for this quarter”, Timo explains.

But just what is prellball? Prellball is a team sport with four to five players on each team, where a ball is served and returned between the teams. Players must bounce the ball with their fist or forearm so that it bounces over a net in the middle of the court and into the opposing team’s half. Of course, players attempt to make it as difficult as possible for the opposing team to return the ball with the aim of forcing their opponents into a mistake – this is how points are scored.

The Vallstedt prellball players intend to use the donation from OeTTINGER to invest in training equipment: new balls of course, but above all in a net for the middle of the court as well. Up to now, players have had to make do with the balance benches in the gymnasium. And there should be a few euros left over for new hockey sticks – before prellball training gets underway, a round of indoor hockey to warm up is a firm favorite among the players. The priority is always on having fun.

Friends both on and off the court

SV Grün-Weiß Vallstedt is a very diverse club, where almost 400 members pursue their sporting passion – whether that be aerobics, football or tennis. The club has been home to a prellball team since the 1980s, and now it has 24 active members. Timo Vogel has been playing at the club since 1996 and will celebrate 25 years here next year. If he has his own way, he will happily stay for many years to come. “We are a great gang and we all have a lot of fun with one another – both on and off the court. After training, we like to enjoy a couple of bottles of OeTTINGER Pils together”, he grins. Each year, a summer barbecue and a hiking weekend during the fall are among the program highlights of the Vallstedt prellball players.  Timo Vogel is worried about just one thing: the youth work.“ Unfortunately, we are like many other clubs and have recruitment problems. At the moment, the average age in our prellball team is 62.” So, his appeal to all is: “Come along and give it a go. Everyone is welcome. Prellball is a sociable and fun sport that is easy to learn!”

Timo Vogel was the only recipient of a donation from the OeTTINGER personnel development program at the Braunschweig site during this quarter. The Brewery will now keep back the other half of this quarter’s donation budget for future projects, which could then receive a higher donation. 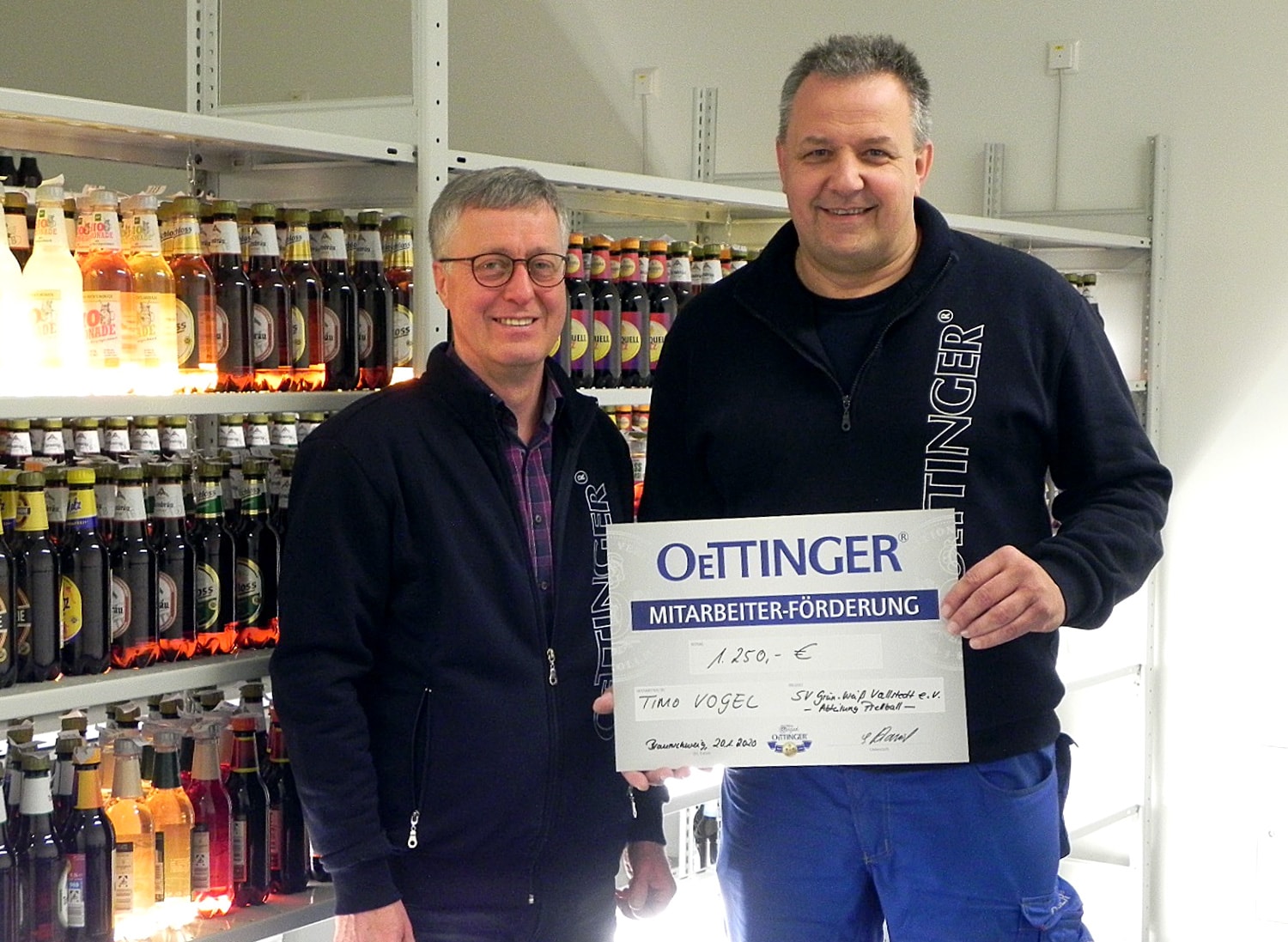 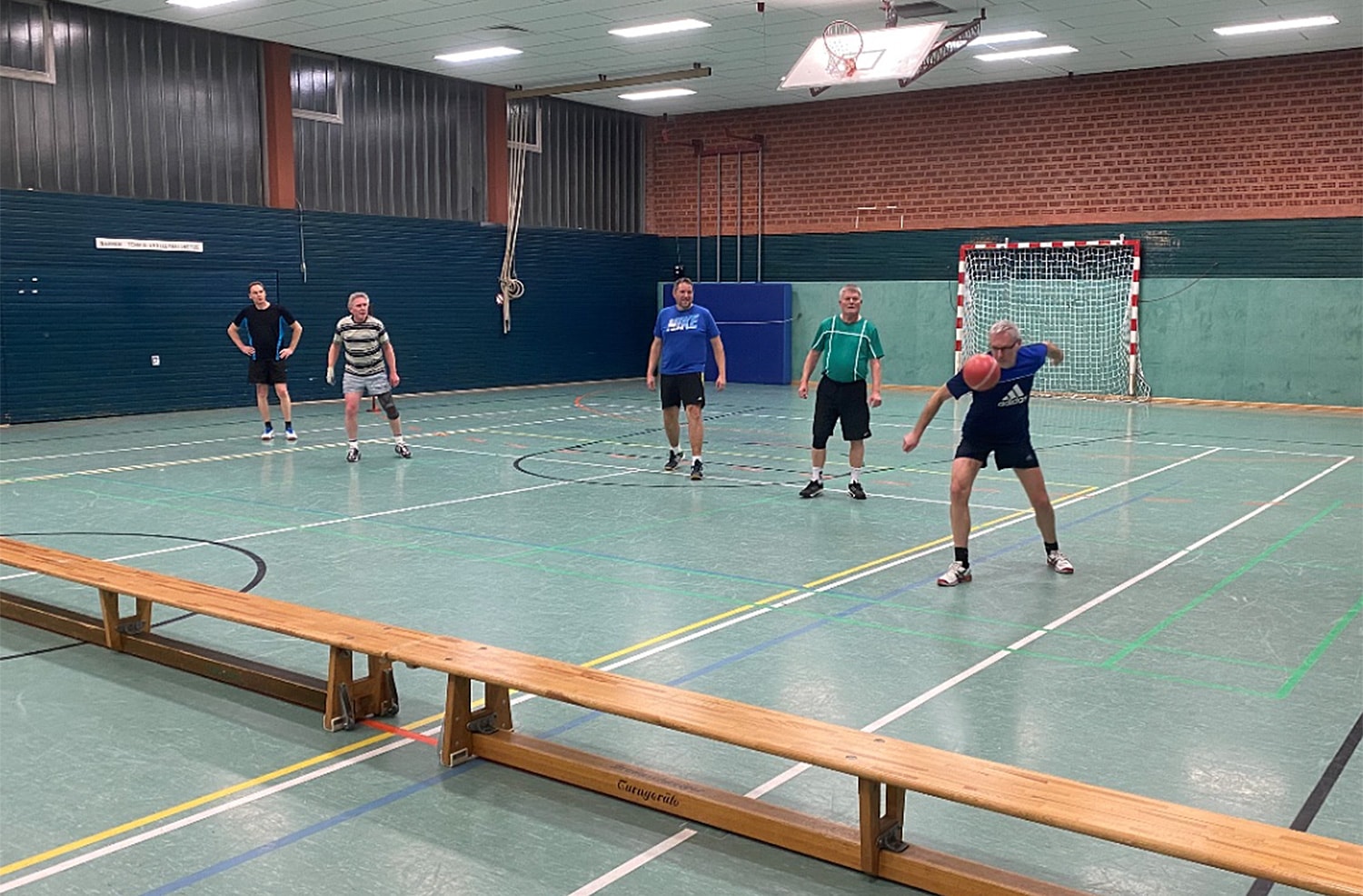 The prellball players at SV Grün-Weiß Vallstedt in action. Thanks to the OeTTINGER personnel development program, the benches in the middle of the playing area will soon be a thing of the past. They will be replaced by a professional net. 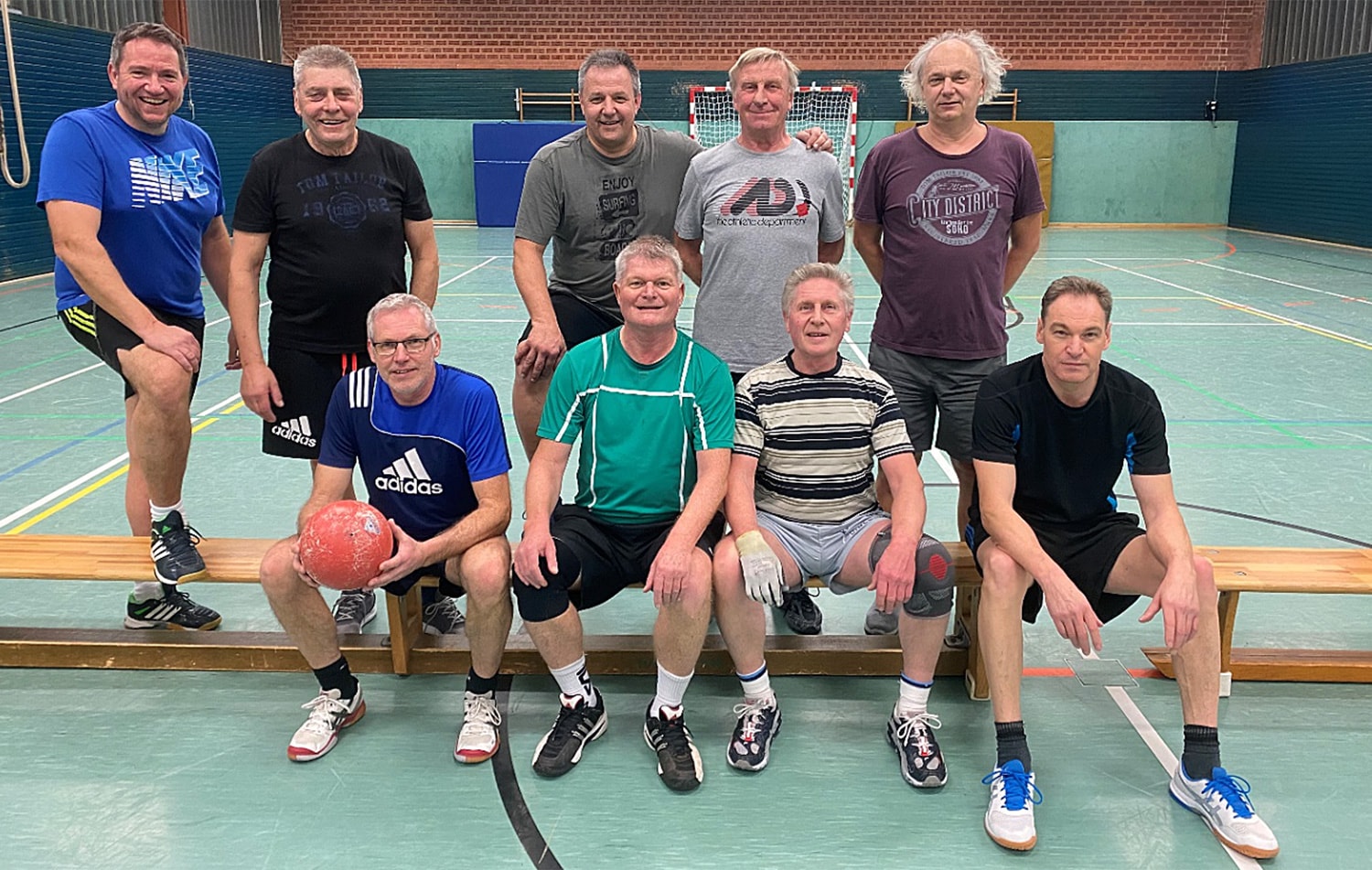 In high spirits: Timo Vogel (mid-back) and his teammates are delighted about the donation from the personnel development program at OeTTINGER Brewery Braunschweig.