An illustrious tour with over 60 participants took place to mark the occasion of the 12th CDU-CSU Regional Day in Oettingen.

Managing Director Michael Mayer, Pia and Ingrid Kollmar welcomed State Minister Joachim Herrmann, Members of the Bundestag Roderich Kiesewetter and Ulrich Lange, as well as District Chief Executives, Members of the State Parliament, Mayors and other elected representatives and guests of honour of the Oettinger Brewery.

Before the gathered politicians discussed their common objectives and regional issues, they were keen to take a look behind the scenes at the Oettinger brewery and welcomed the invitation by Managing Director Michael Mayer to have a guided tour of the brewery. 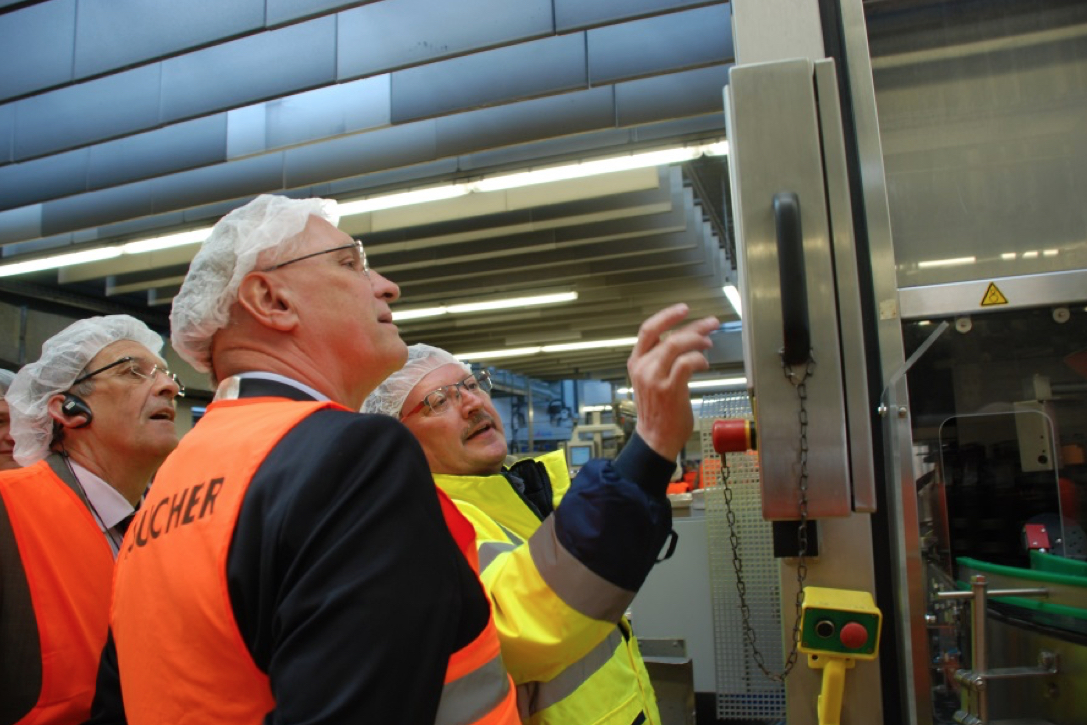 Master Brewer Johann Dietrich explained the control of the bottle filler to Minister Hermann when asked.

Is it the safety vest or is Bavaria becoming too small for Herrmann? It is clear that the CSU would like to appoint the 60-year old as the new Interior Minister should the Union parties win in the autumn election.

Member of Parliament Ulrich Lange praised the Oettinger brewery as the “region’s flagship” and thanked the Kollmar family and Mr. Mayer for their hospitable welcome

Interior Minister Hermann used the example of the Oettinger brewery to illustrate that prosperity in our time can only come about through hard work. And, as is known, as pleasure follows work, the participants heartily toasted the company’s success.

It doesn’t get much better than this: The F.A.Z Institute, an organization which belongs to the Frankfurter Allgemeine Zeitung publishing group, has awarded...

Top quality is a tried and tested recipe for success: For what is now the tenth time, our OeTTINGER Brewery Mönchengladbach...

OeTTINGER brewing culture: Film about beer in and from Bavaria

Beer has always been part of Bavarian culture in some form or another. Now, as part of the TV series...