BEER-TASTING AT THE WUDZDOG FESTIVAL

From 26 – 29 May, the “Wudzdog Festival”, one of the region’s largest open-air events, will be held for the 17th time.  Those responsible for organising the Waldgeister Dornstadt e. V. are in the final phases of preparation.

A key issue is the supply of drinks, for which the Oettinger Brewery has traditionally been responsible, and is also a long-standing sponsor of the cultural association. Oettinger will once against supply its proven festival beer for the four-day long festival.

Pia Kollmar, Chair of the Günther and Ingrid Kollmar Foundation, and Herbert Piechatschek, the Oettinger Brewery’s Event and Festival Manager, were welcomed to the festival ground at Dornstadt Stöckenweiher by a delegation from the Waldgeister Festival Committee to taste the amber nectar in advance. The representatives of the brewery had brought a few taster drinks in their vintage cars, with which they toasted what they hoped would be a successful festival.

Waldgeister Leader Günter “Bommel” Wager mentioned that there is only a limited number of tickets for the festival and that the majority of the tickets are already sold. There are therefore expected to be no tickets sold at the gate, as in recent years. Anyone wishing to attend the festival should therefore not put off buying their tickets for too long.

The Four-Day Tickets costing €39.00 (plus advance ticket fee) are available at all well-known advance sales outlets, including at Rieser Nachrichten in Nördlingen. More information at www.waldgeister-dornstadt.de. 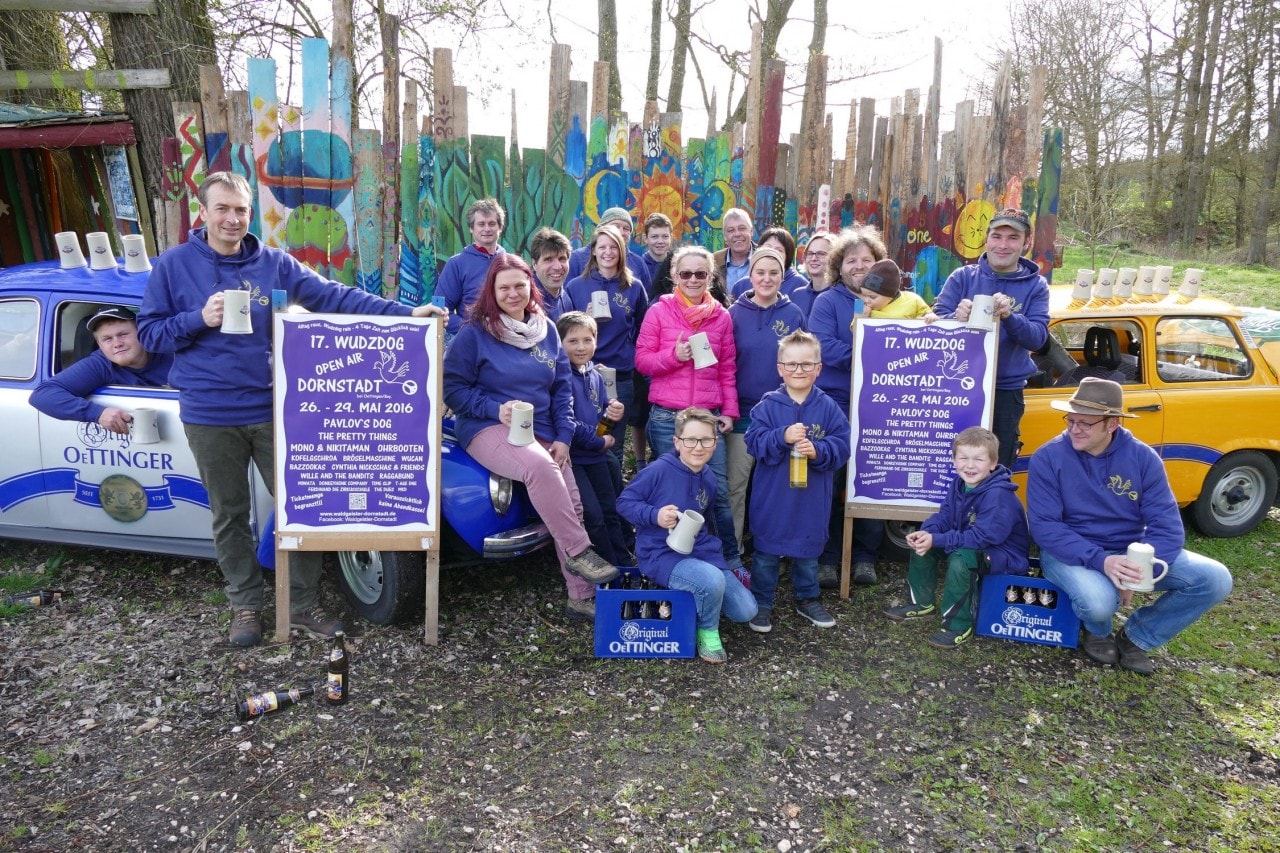 The photo shows the representatives of the Oettinger Brewery, Pia Kollmar and Herbert Piechatschek, with a delegation from the Waldgeister Dornstadt at the beer-tasting at the Stöckenweiher.

A fitting start to the New Year: For three employees at our brewery’s Oettingen headquarters, the New Year kicked off...

Sport and exercise are especially important for children and young people. This is a view also shared by three colleagues...

Diversity is a hallmark of our brewery. This applies both to the range of products we offer and how our...