Go Wildcats! The MTV Braunschweig cheerleaders are on a winning streak

We are all familiar with the cheerleader stereotype from high school dramas: Girls in tight, glittery costumes standing at the edge of the hall, cheering on the basketball or soccer team at the top of their voices, waving pompoms. However, for Vanessa Vogel, cheerleading is so much more: “This sport demands blood, sweat and tears”, she says. And sometimes, a bit of luck helps too: Vanessa, from Braunschweig, has won EUR 750 from the OeTTINGER Brewery personnel development program for the Braunschweig Gymnastics Association cheerleading squad. As well as working in manufacturing at the Braunschweig Brewery, Vanessa, 21, has also been an active member of the Wildcats for three seasons. She aims to use the donation to help her team participate in Summit 2020, the Cheerleading World Championship being held in Orlando, Florida.

Vanessa Vogel explains how she got into cheerleading: “After twelve years in competitive gymnastics, I wanted to try a new sport which is all about team spirit; it helps me to push the envelope.” Vogel is the backstop; that is, her role is to monitor all of the cheerleading moves and to call each sequence by counting the rhythm out loud. In addition, it is her responsibility to protect the flyer, the person performing twists, turns and somersaults in the air, from falling on their neck or head. “Of course, when competing, we always try and go as far as, but no further than the rules allow. As the saying goes: “This far and no further”, says Vanessa. To succeed, the young women train three to four times a week.

If you find team sports combining dancing, acrobatics and gymnastics fun, then you are very welcome at the Wildcats. No previous experience is required as the squad has the right team for everyone: “With difficulty levels ranging from Level 0 to Level 7, there is something for everyone”, says Vanessa. She herself was in Level 4 for two seasons. This season, she started at Level 5 and she will also be leading the team in Orlando. Vanessa’s team took first place at the Summer All Level Championship in Hof and in so doing qualified for the tournament. This competition provides junior and senior teams from Levels 1-5 the opportunity to gain international experience. Now, at the end of April, 21 cheerleaders, coaches and mentors from Braunschweig are headed to ESPN Wide World of Sports in the Walt Disney World Resort in Orlando. Last year, over 1,500 teams from all over the world took part in the competition.

There are currently around 200 young athletes in the Braunschweig Wildcats pursuing their passion – and they are really making a mark. At the 2019 German Championships, two teams managed to get into the Federal League. In 2015, the Seniors took sixth place in Cheerleading World. Some athletes from Braunschweig also won gold at the Cheerleader World Championship in 2018. Vanessa’s first competition was the 2018 regional championship in Braunschweig. Despite injury and a last-minute change to the program, the Wildcats managed to finish in sixth place. Vanessa describes the emotion the team felt: “We experienced the entire spectrum from frustration and stage fright to tears of joy after the show was over, but nothing compares to the moment when we learned that we’re going to Orlando for the Summit in 2020.”

We’re crossing our fingers for you, Wildcats!

A further EUR 1,000 from Braunschweig’s current personnel development program was awarded to dispatch employee Andre Kolars, who will use the money to support “Blue Singers”, a student music group. Philipp Zoch from manufacturing will be supporting the amateur dramatics group Borffeld e.V. with the award of EUR 750.

The Oettinger personnel development program – about this concept 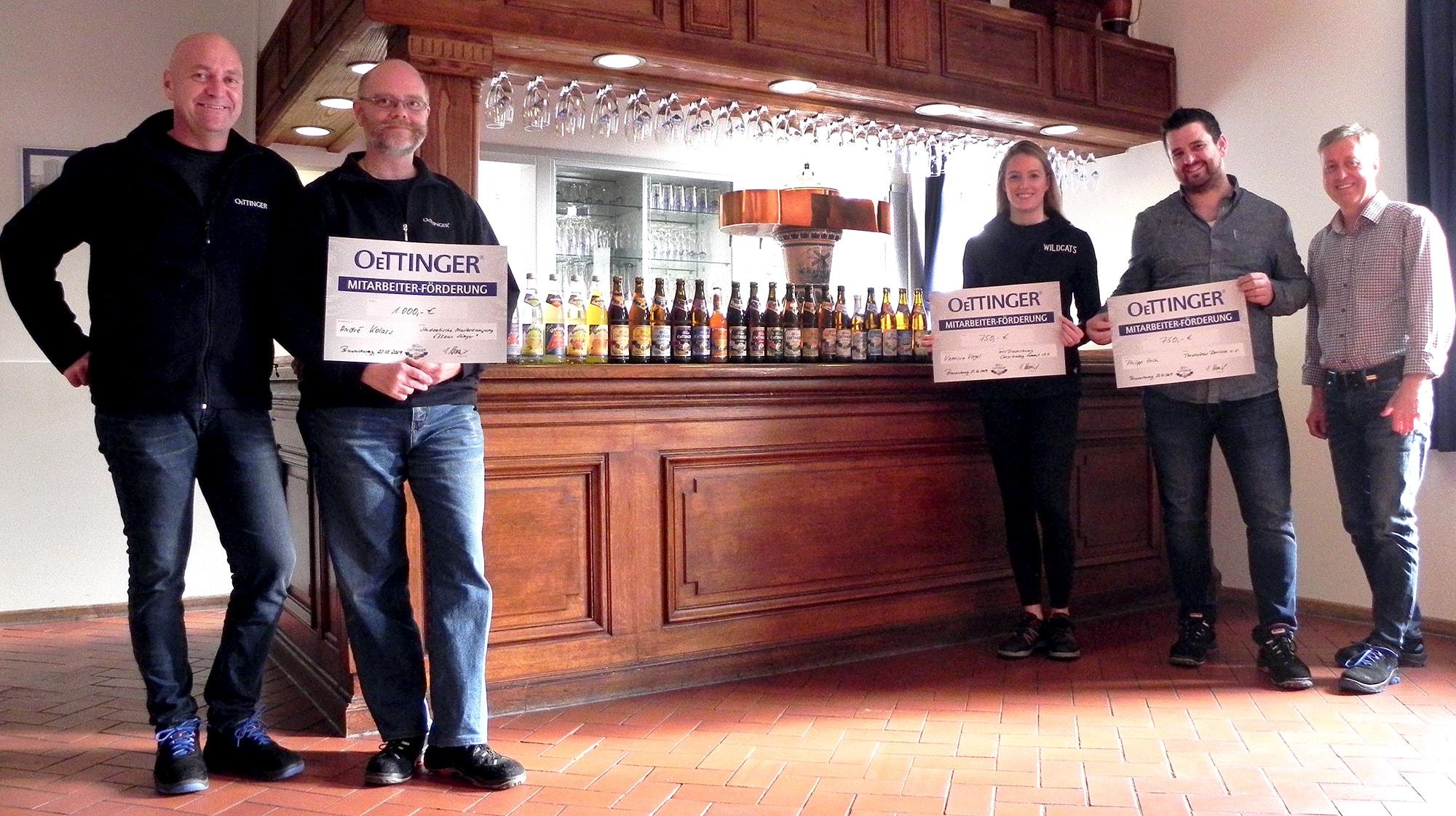 Thanks to the OeTTINGER personnel development program, they were able to financially support their chosen social projects (from left to right): Andreas Grap, Head of Logistics and Dispatch, Andre Kolars, Vanessa Vogel and Philipp Zoch with Siegfried Hanisch, Technical Site Manager at Braunschweig Brewery. 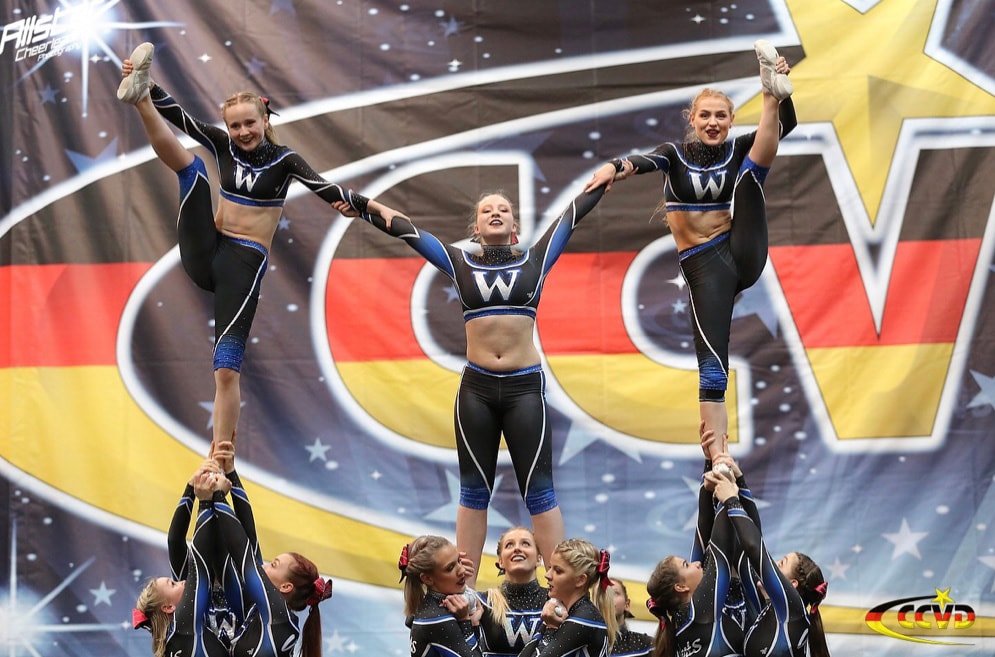 Let’s go Wildcats! The MTV Braunschweig cheerleaders in action – shown here at a Cheerleading and Cheerdance event in Germany. 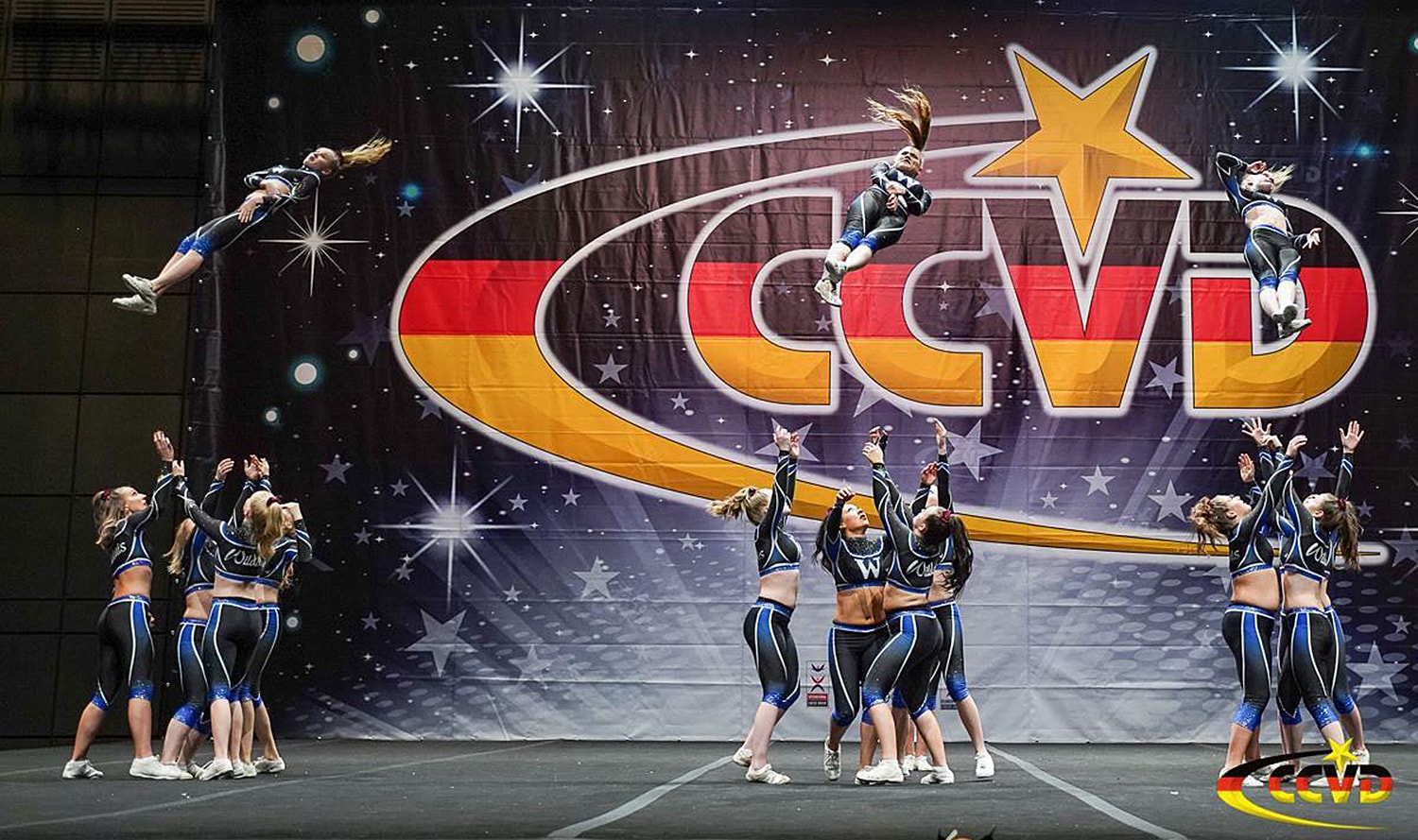 Acrobatic flight maneuvers: As well as good body control, teamwork and coordination are also essential for a successful performance.

Although collecting “loot” in Fortnite, following the “lanes” in League of Legends and carrying out “flanking” attacks in Overwatch might...

Reaching out to more people: OeTTINGER cooperates with "Postillon24"

Listen to “Last Christmas” for a week? Who would do something like that? Thiess Neubert from the multimedia satirical magazine...

Saving the best for last: Straight after successfully completing their apprenticeships at our headquarters in Oettingen, Franziska Jung (food technology...