Admittedly Ash Wednesday has been and gone but a “carnival project” is nevertheless being funded at the Gotha site that fits perfectly with the “Carnival” season. OETTINGER employee Michael Rothlauf is a member of the Friemarer Carnevals Verein e.V. and is particularly dedicated to youth work. This month he is thrilled to be the recipient of the staff development payment of €1000. The amount will help to buy new traditional jackets for the FCV Youth Elferrat, the Council of the Kingdom of Fools during the Carnival season, which will be celebrating its 35th anniversary this year as one of the oldest societies in the town.

Four times a year the OETTINGER Brewery donates €2500 to societies and associations for social projects with which brewery members of staff are involved in their leisure time. In this way, OETTINGER is supporting the voluntary dedication of its members of staff. The areas funded are wide and varied and include sporting, cultural and charitable purposes. Thanks to this latest donation, the coming Carnival season will be met with colourful exuberance, as you would expect.

OETTINGER wishes all employees continued success and would like to thank them for the work they have done. 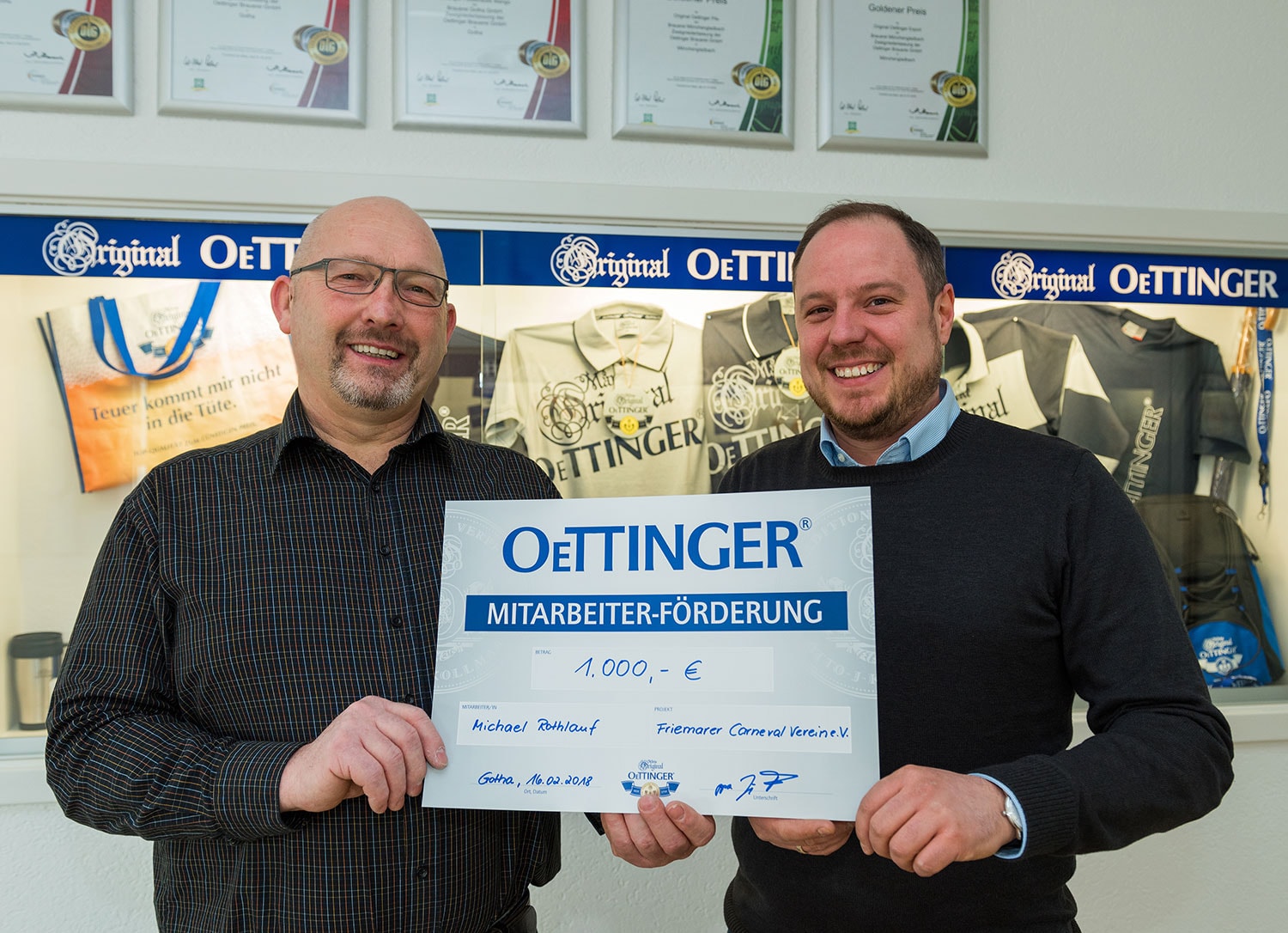