Four magnificent days in Oettingen: Since last Friday, the home of Oettinger Brauerei GmbH has been in the throes of the festival to celebrate the consecration of the Church of St. James, known as the “Jakobi-Kirchweih”. The weather gods were kind this year and played a key role in the successful festival situated around the Schiesswasen grounds, blessing the event with fantastic weather and consequently thirsty festival-goers! Delicious Oettinger Festbier festival beer was therefore seriously in demand this year.

One of many highlights of this year’s Jakobi-Kirchweih festival was the traditional floating boat procession on the illuminated River Wörnitz on late Saturday evening followed by a magnificent fireworks display, which once again thrilled guests from near and far.

The Oettingers were thrilled to welcome a special guest as the festivities got under way: Markus Söder (CSU) attended the celebrations on the Friday. The Bavarian Minister President joined the procession at the roundabout alongside the striking Oettinger copper boiler and walked through the town at the side of Lady Mayor Petra Wagner.

Markus Söder also brought good news for Oettinger. The state will provide funding for emergency maintenance of the listed Gasthaus Krone, which triggered great jubilation in the marquee. The listed building has already been empty for a year due to the risk of collapse.

To get people in the mood for the Jakobi-Kirchweih celebrations, shareholder Pia Kollmar and the Management had invited guests for a hearty beer-tasting in the North section in mid-July. The invited guests along with Lady Mayor Petra Wagner sampled the Oettinger Festbier and deemed it to be “very good”. 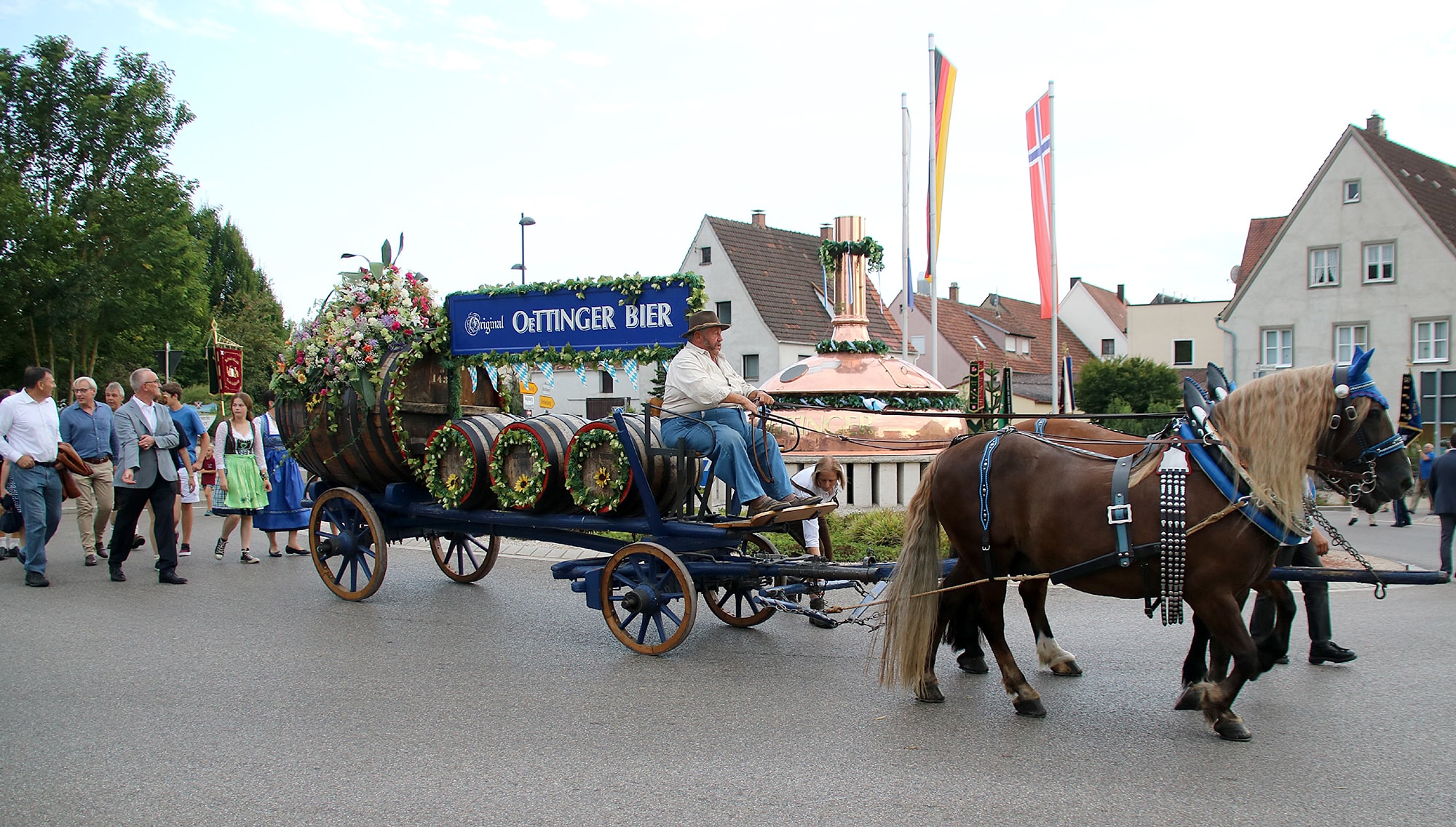 Festively decorated Oettinger float in the long procession at the start of the Jakobi-Kirchweih Festival. 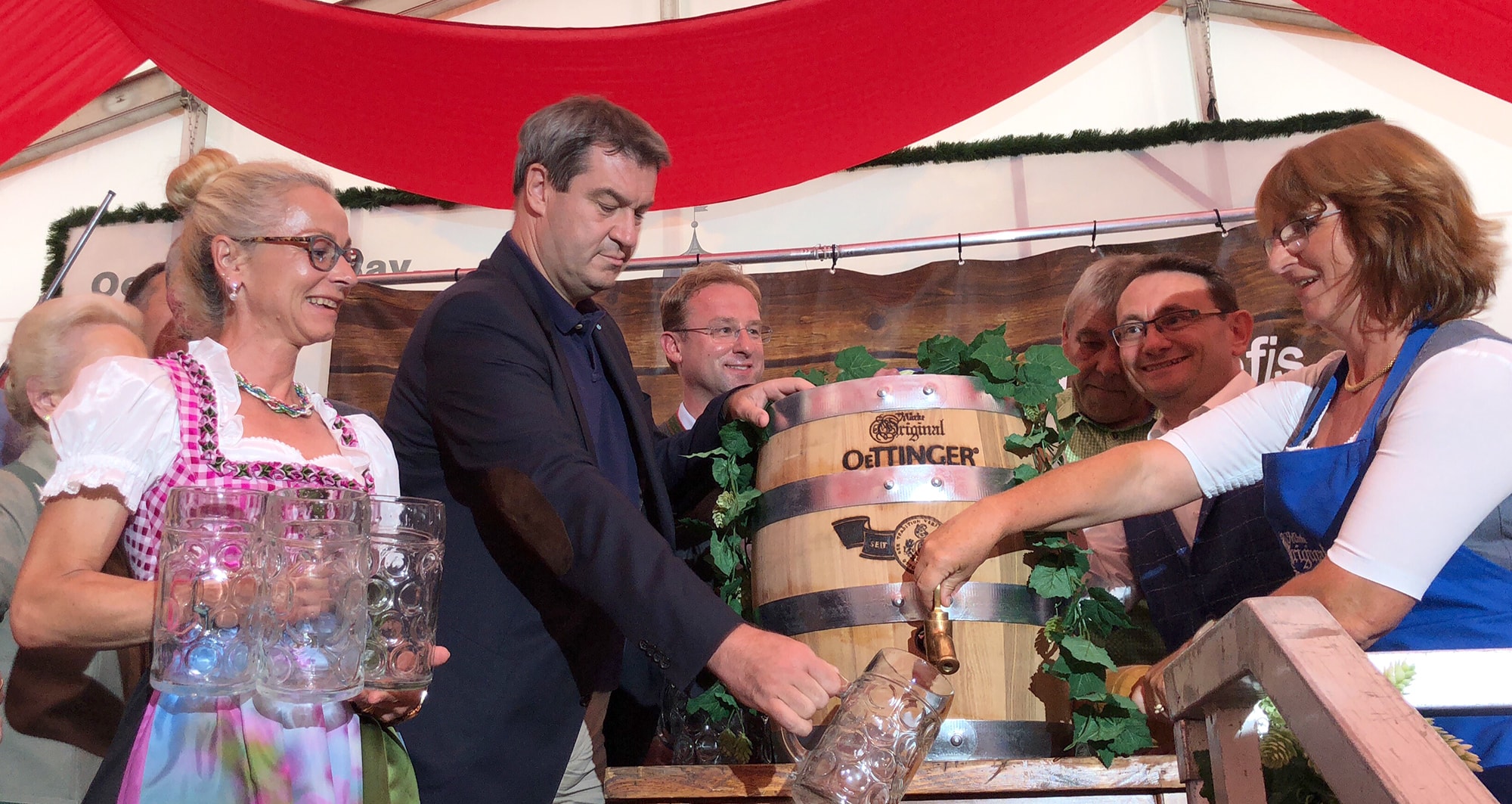 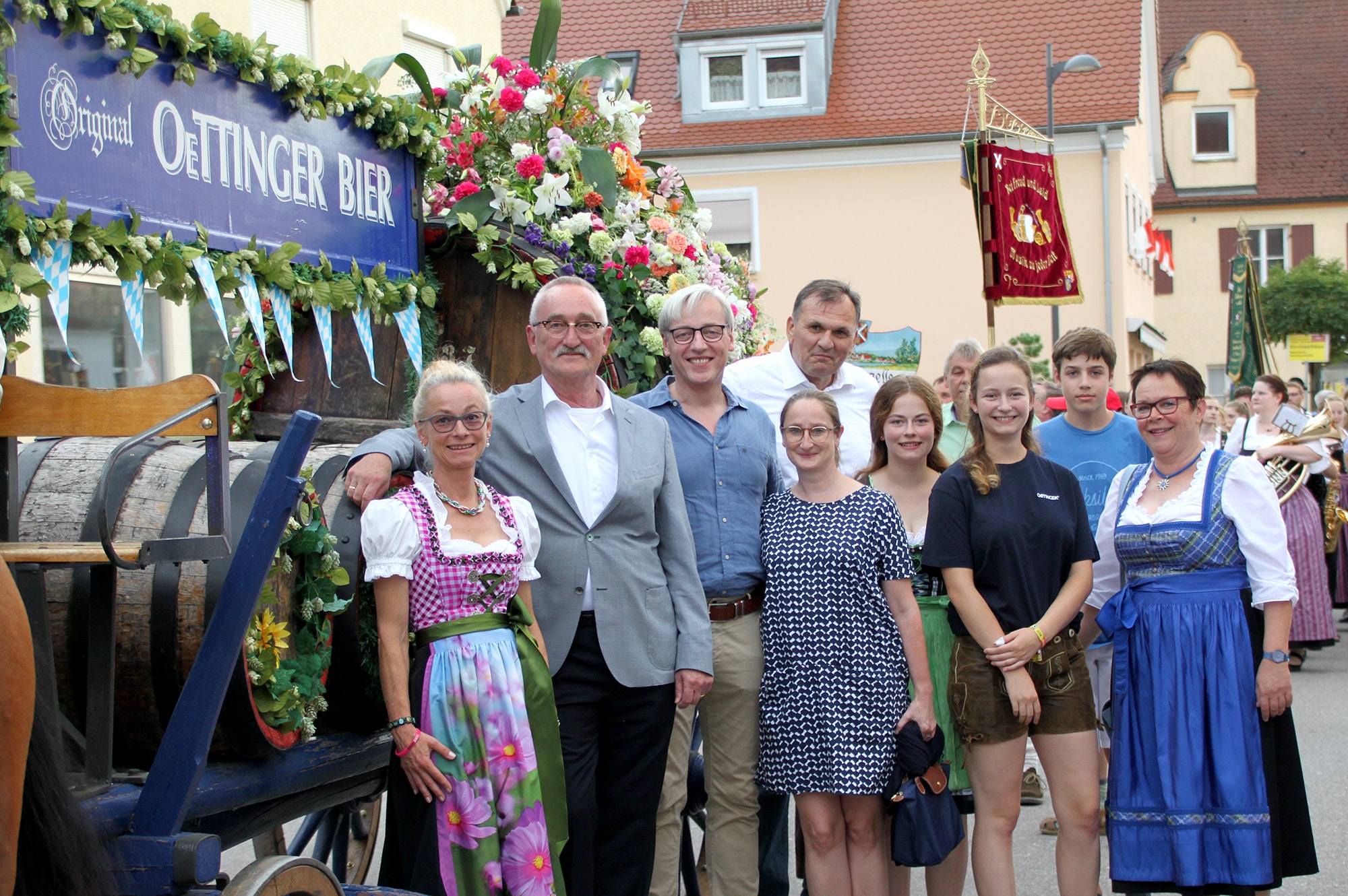 September 16, 2021 – Brewery history in the making: Jennifer Nitschke is the first female to start an apprenticeship as professional...

Regional across Germany – the shortest direct route to your door!

Original OeTTINGER drinks do not travel far before customers can get their hands on them. After being brewed and filled...