JOBS WITH A FUTURE AT OETTINGER BRAUEREI GMBH

Four talented young people embarked on their professional lives with the Oettinger Brewery at the start of the new apprenticeship year on 1 September 2017. Once again this year the company is relying specifically on training its own skilled personnel. A total of 35 apprentices are currently being trained in different departments and at different sites within the Oettinger brewery.

The two shareholders, Mrs. Ingrid and Pia Kollmar, both welcomed the new apprentices together with Managing Director Michael Mayer and the Head of Training, and wished them all a good start to their professional lives. The apprentices were then introduced to the company and its employees. Managing Director Michael Mayer showed the apprentices the bottling plant with which some 300 million litres of beer are bottled every year. And the apprentices were also able to see orders being picked and trucks being loaded in the Shipping section on their tour of the plant. Over a sociable lunch in the brewery restaurant in Fürnheim, the young people were then able to meet their trainers and apprentices from previous years.

Isabell König opted for an apprenticeship as an Industrial Clerk. To become an Industrial Clerk, she will rotate through all commercial departments of the Oettinger Brewery over the next three years. Benedikt Mayer and Joan Emmendörfer will be trained in one of the world’s oldest trades – as Brewers and Maltsters. Very well trained and versatile skilled people are needed as the brewing process at the Oettinger Brewery has now become a state-of-the-art and technically complex process. Franziska Jung will complete an apprenticeship to become a skilled Food Technician. Examining raw materials and preparing them for processing are just two of the many tasks that she will learn over the next three years.

However, all four new apprentices at the Oettinger Brewery have one thing in common: they can all look forward to a varied and exciting time. 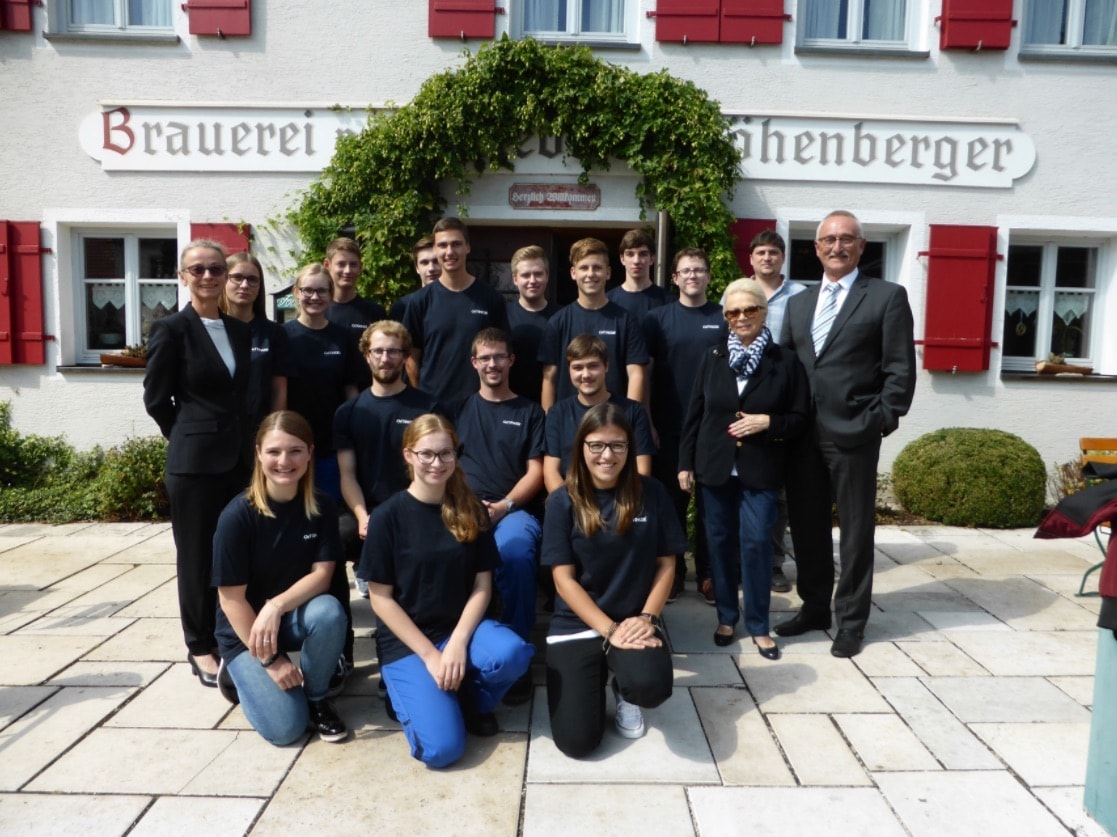