Four times a year the OETTINGER Brewery donates €2500 to societies and associations for social projects in which brewery members of staff are involved with in their leisure time. In this way, OETTINGER is supporting the voluntary dedication of its members of staff. The areas funded are wide and varied and include sporting, cultural and charitable purposes.

The first donation went to the Animal Sanctuary and Children’s Farm in Duisburg. The organisation is dependent more than ever on donations following a fire in November 2017. For this reason, one of the members of the organisation, Oliver Jaschke, submitted a request to the employee development scheme – his organisation is thrilled to receive a donation of €1000.

Drago Arnold received a cheque for €750. He had applied for funding for the Schiefbahn Fruit and Horticulture Association e.V. – the money will be used to renovate the playground, work that is urgently needed.

A further €750 is presented to Cosimo Saracino. He is a member of the “1928 Old Friends Society” of the St. Sebastian Shooting Club Düsseldorf-Heerdt 1573 e.V. and will use the money to decorate the anniversary crown in May of next year.

OETTINGER wishes all employees continued success and would like to thank them for the work they have done. 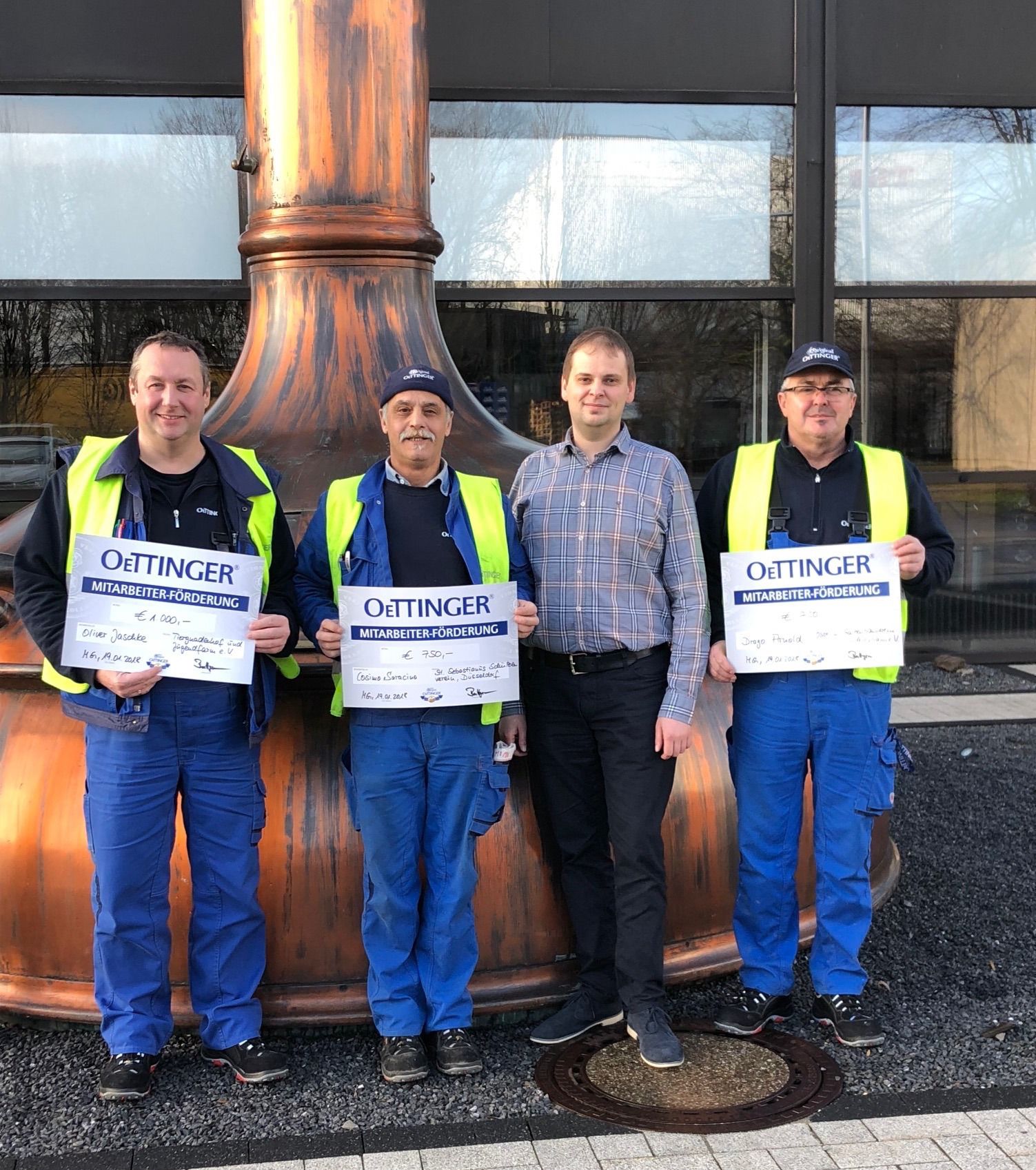