“Why wander off to far-flung climes… When the good things are close to home.” Against the background of these words, a delegation of the BierConvent International visited the head office of the Oettinger Brewery and the Forstquell Brewery in Fürnheim last week.

The highlight of the visit was a celebration in the noble surroundings of the Royal Oettingen-Spielberg Residence Palace with Mr Wiedenmann of the Prince of Oettingen-Spielberg’s Domanial Office. The guests from around the world were warmly welcomed there by the Oettinger Brewery shareholder Pia Kollmar and Oettingen’s First Mayor Petra Wagner. The senior representative of the Town Council underlined the specific importance of the event by wearing her historical garb to attend the historical market held at the same time.

The reason for the visit of the guests from Germany, Austria, Switzerland, Liechtenstein, the Czech Republic and Japan was the 102nd Friendship Meeting of the BierConvent International from 10 to 13 May in Nördlingen – a town in the Danube-Ries region, only some 10 kilometres from Oettingen. A visit to Oettingen was also proposed because Ingrid and Pia Kollmar are also “Notables” (members) of the BierConvent International.

The BierConvent International regards itself as a worldwide brotherhood and sisterhood. The society exclusively pursues charitable purposes in line with the German Public Welfare Regulation of 1953 – particularly by promoting social awareness education and thereby educating the people through research, upkeep and information about the 7,000-year old cultural drink – beer. The BierConvent International currently has around 120 Notables from 20 countries. 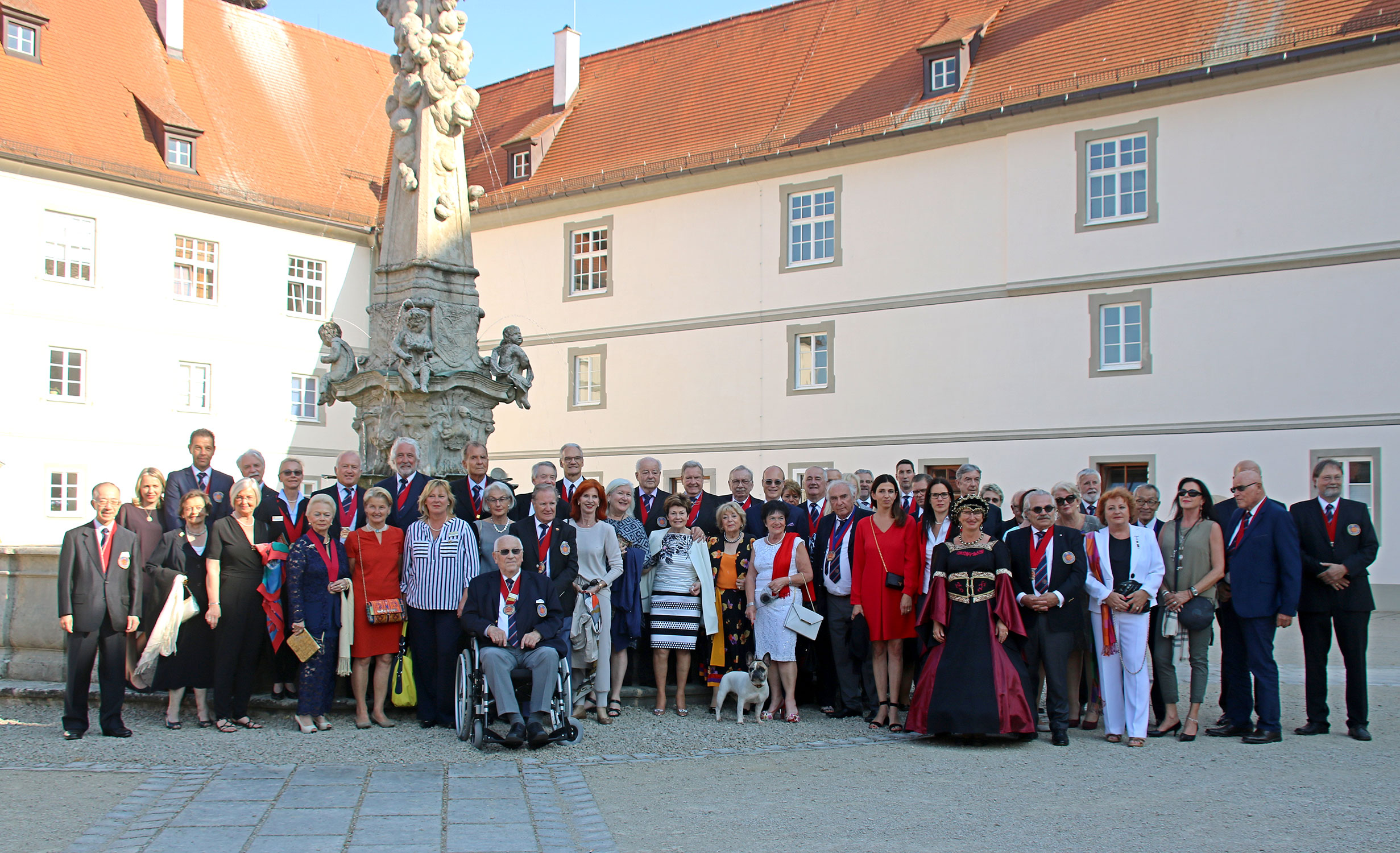 Group photo of the Notables of the BCI accompanied by Oettingen’s Mayor Petra Wagner in the Royal Oettingen-Spielberg Residence Palace (Photo: Pascale Kollmar).