Four times a year the Oettinger Brewery donates €2500 to clubs and associations and for social projects in which brewery members of staff are involved in their leisure time. A lottery decides who receives the coveted award. The issues supported by a donation are as multifaceted as the commitment of the brewery’s employees.

The “Young in the stork’s nest” in Wittelshofen is the first organisation to benefit from the first donation presented in 2018. The toddlers at the Catholic Kindergarten are thrilled about the initiative submitted by Carina Rahm from the Personnel department for a donation of €750.

The boys of the amateur hockey team ERC Waldseebiber Monheim have got their member Gerd Schretzmeier, who works in the Bottling section at Oettinger, to thank for a donation of €1000.

Johannes Scherer, a DHBW Heidenheim student / Oettinger Brewery, helped his Unterglauheim-Wolpertstetten Catholic Boys Club with a donation of €750, which will be used to fund the restoration costs of the old club flag, which dates back to 1933. 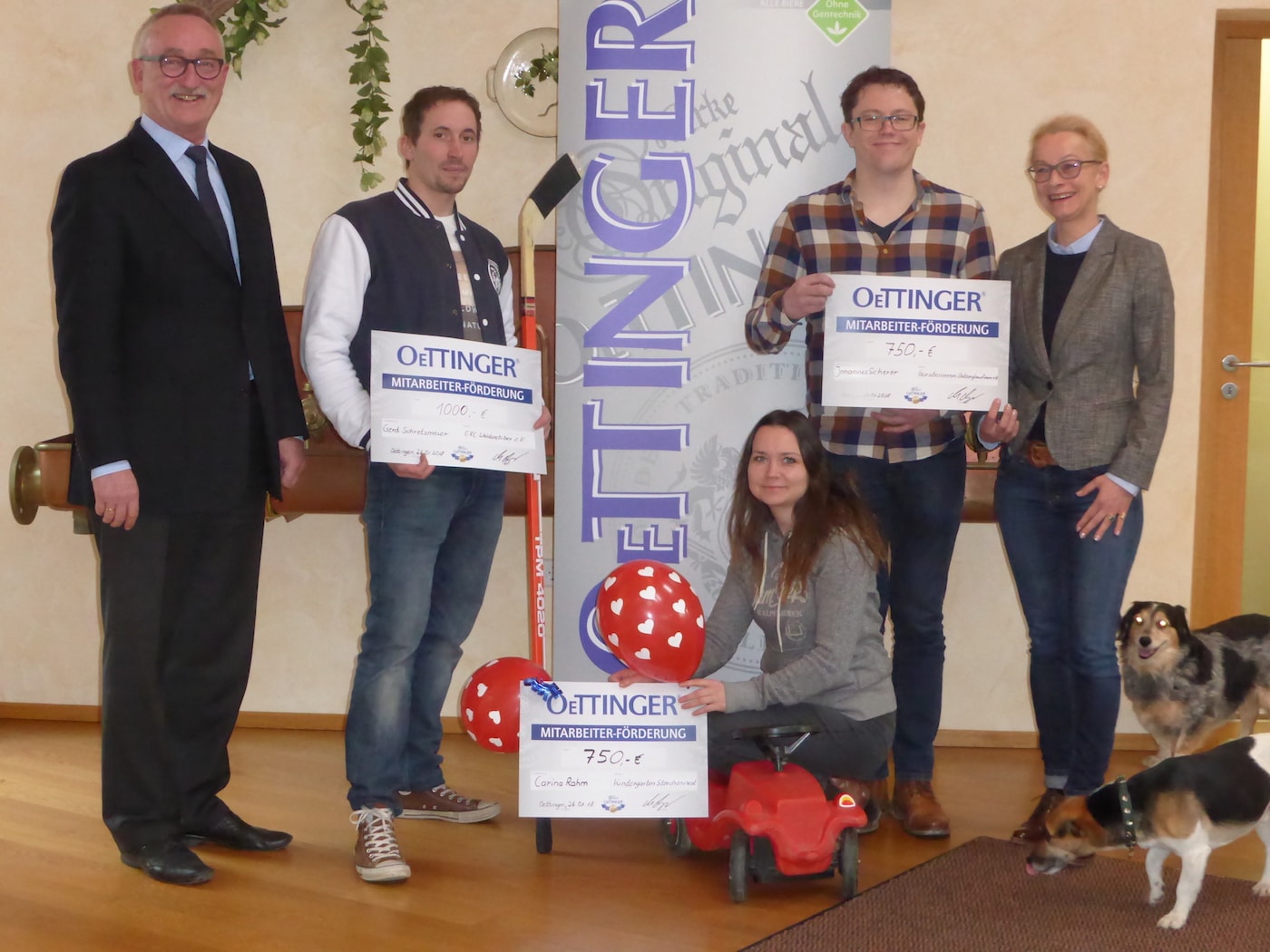