OeTTINGER Brauerei GmbH has been through eventful months and faces even more major challenges. The traditional family-owned company provided information about this at the Works Assembly at the Gotha site, to which the Works Council had invited staff in Günthersleben-Wechmar.

The slogan for the event (“0% NON-TRANSPARENT. 100% INFORMED.”) also reflected the positive developments in recent months and years. The systematic implementation of the company’s PR and communication strategy since 2013 was once again resulting in outstanding results. This can clearly be seen by the rapidly rising number of hits in social media as well as the positive feedback to the Blind Tasting Tour started in the summer of 2016, which garnered the company headlines throughout Germany. “We’re well on our way in this respect – that’s confirmed time and time again from all sides,” explained Managing Director Jörg Dierig, announcing that this successful approach would continue to be pursued in 2017.

Launch of new products pending
This is yet another reason why the company is looking optimistically towards the future. Admittedly the situation of the German beer market continues to be just as tough. However, the OeTTINGER Brewery considers itself to be well prepared to face the forthcoming challenges with its five divisions. Examples of this included the recently concluded contracts for domestic and export business, which will ensure that the machines keep running at the Gotha site above all, as announced by Jörg Dierig. At the same time, several new products and product enhancements are just about to be launched.

Works Council Chairman Volker Ackermann also touched on these positives, and illustrated the developments of recent months from different angles. He also expressly thanked the owner’s family and the management for the organisation of the ‘25 Years of the OetTTINGER Brewery in Gotha’ anniversary celebration last year. “It was a completely successful celebration and an unforgettable highlight for us all!” Martin Wenzel then presented the Works Council’s activities report.

Jens Löbel, a representative from the Food and Hospitality Union (NGG), turned his attention to a very different topic. He focused his presentation on pension provision. The conclusion of the Works Assembly has traditionally always been dedicated to the honouring of long-service employees. 28 employees, with a total of 540 years of service, celebrated a personal anniversary because they had been employed for a minimum of 10 years at the Gotha site. 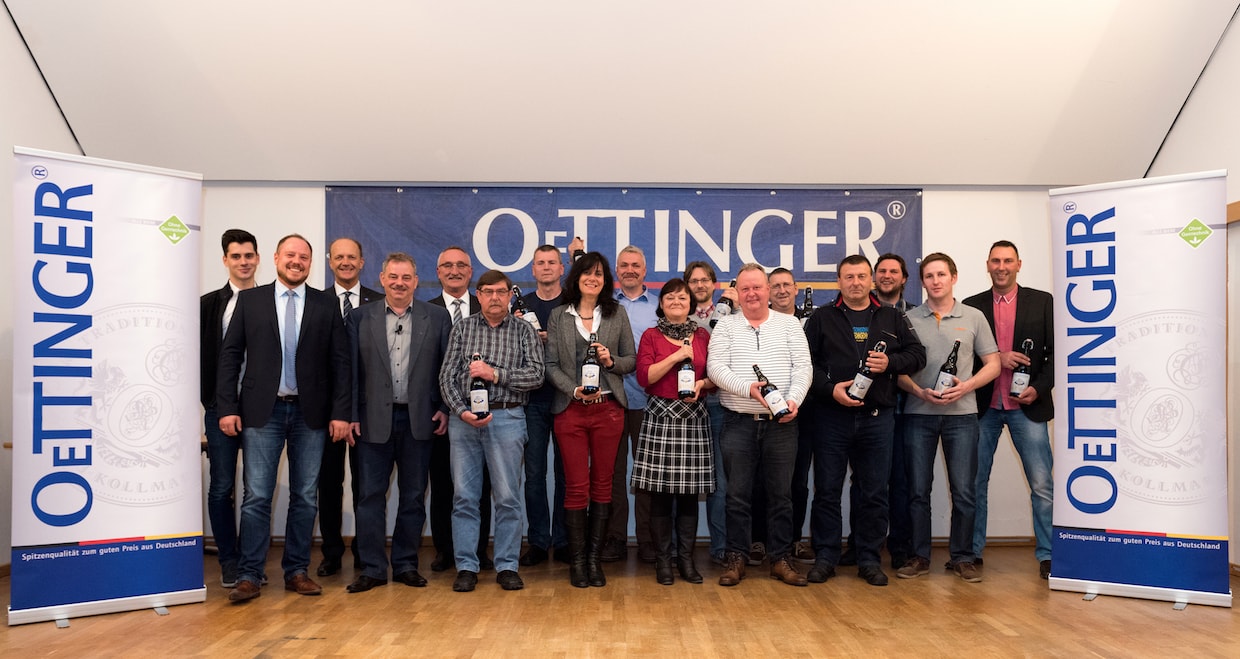 From Bürgstadt (Odenwald), across the Main and Rhein to the Port of Neuss and on to Mönchengladbach: Huge stainless steel...

At the OeTTINGER Brauerei GmbH Works Assembly for the Mönchengladbach site, convened last Friday by the Works’ Council, the focus...