OeTTINGER employee Filimone Matsene and how he is helping Mozambique

In March 2019, Cyclone Idai raged across south-east Africa. The storm, with wind speeds of up to 195 km/h, inflicted extensive damage above all in Mozambique. The coastal province of Beira was particularly badly affected; entire areas were devastated by huge downpours and flooding. Hundreds of people lost their lives, with millions more suffering from the consequences. There is a lack of essential supplies, and diseases such as cholera and malaria are spreading. Aid organizations are fighting to help the population as best they can.

Ensuring that the victims of this natural disaster received help rapidly was a concern close to the heart of OeTTINGER employee Filimone Matsene. He was born in Mozambique and grew up in the capital Maputo before arriving in the GDR in 1980 as a contract worker. He completed an apprenticeship as a brewer and maltser in Dresden. He has been working for OeTTINGER Brewery in the filtration cellar since 1995. Filimone describes the consequences of the natural disaster: “I have very close ties with my old home. My mother, siblings and extended family still live there. Fortunately, they’re safe, but I’m still aware of how bad the situation is in the country. Mozambique is one of the poorest countries in the world – now, because of the violent cyclone, people have lost everything they own”.

Weeks on from the disaster, a huge number of communities in the Beira Province are still cut off from the outside world, with over 90% of the infrastructure completely destroyed. Devastation everywhere you look. Above all, it is difficult to access clean drinking water, food and medicine. Many families no longer have a roof over their heads. Filimone Matsene explains why he wanted to get involved and help: “For me, the suffering that the children have to endure is worst of all. The hunger, cold and diseases are subjecting them to indescribable hardship. If you can make a small sacrifice to help people who, through no fault of their own, have fallen on hard times, then help you must. Just EUR 60 is enough to ensure that a family in Mozambique has enough to eat for a whole month. Being a Good Samaritan is worth it.” For him, social commitment is a matter of course. In his own time, the father of three is devoting all his energy to advocating emergency aid. He has started a collection campaign which has already received over 15 tons of material donations for the people in Mozambique. These are set to be transported to the crisis regions as fast as possible.

OeTTINGER has supported him with EUR 1,000 as part of its personnel development program, which he has donated to the action group “Deutschland Hilft”. This alliance of aid organizations has been working in the crisis zone for a number of weeks now, providing emergency shelter, food and medicine. Filimone Matsene says: “My deepest wish is that the children soon have a home and are able to grow up safe and healthy”.

For more information on the action group “Deutschland Hilft” and the relief efforts for the victims of the natural disaster in Mozambique, please visit: www.aktion-deutschland-hilft.de

Additional donations of EUR 750 each have also been made to the Braunschweig OeTTINGER employee Werner Klug-Peters, who volunteers for the sports club Lehndorfer Turn- und Sportverein in Braunschweig and Michael Preidel-Krull, who supports the youth handball team at HC Empor Rostock.

About the Oettinger personnel development program 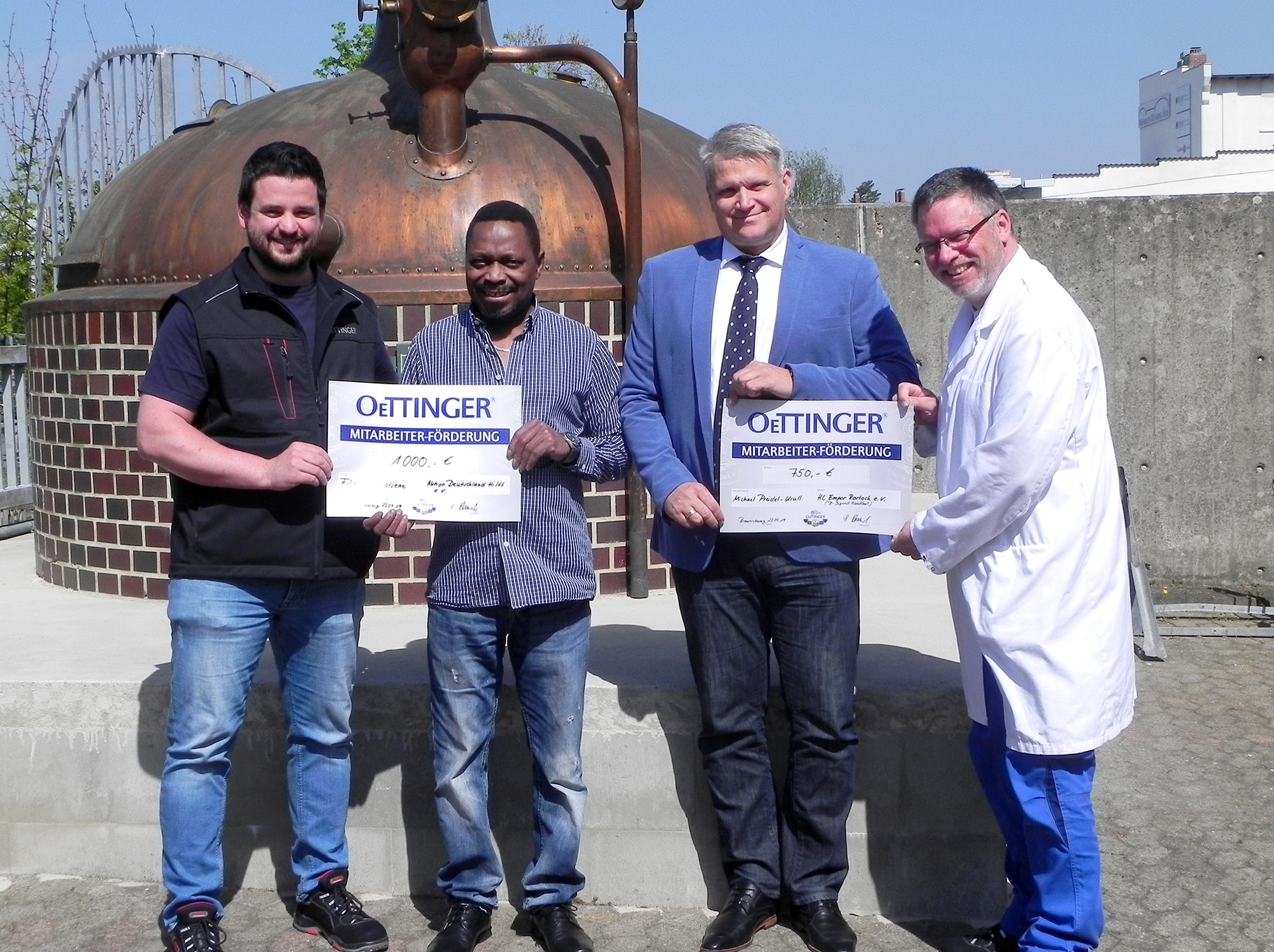 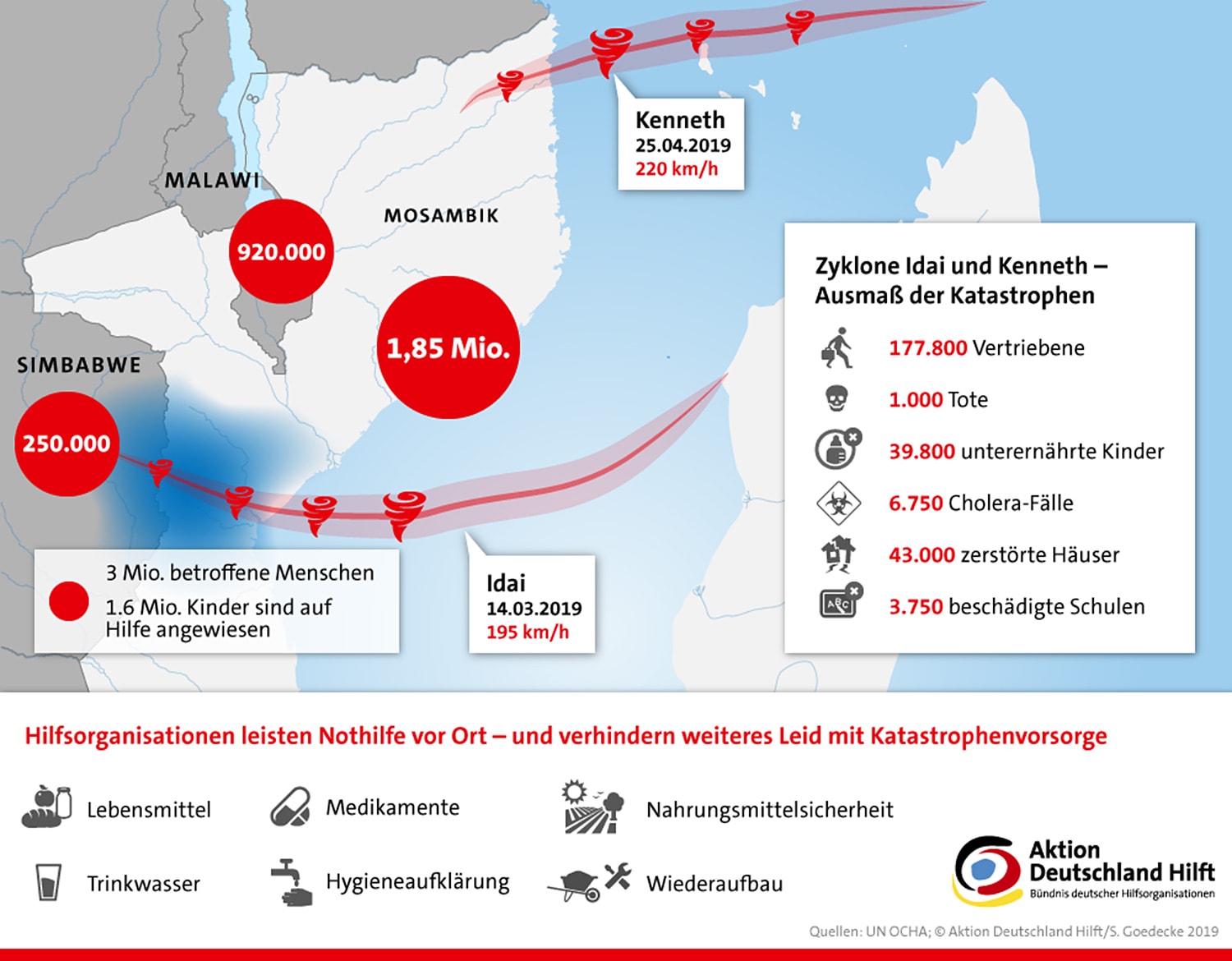 Over 3 million people in East Africa have been affected by the devastating consequences of cyclone Idai and are in urgent need of humanitarian aid. The storm caused enormous damage in Mozambique and neighboring countries of Malawi and Zimbabwe.  (© Aktion Deutschland Hilft/S. Goedecke 2019) 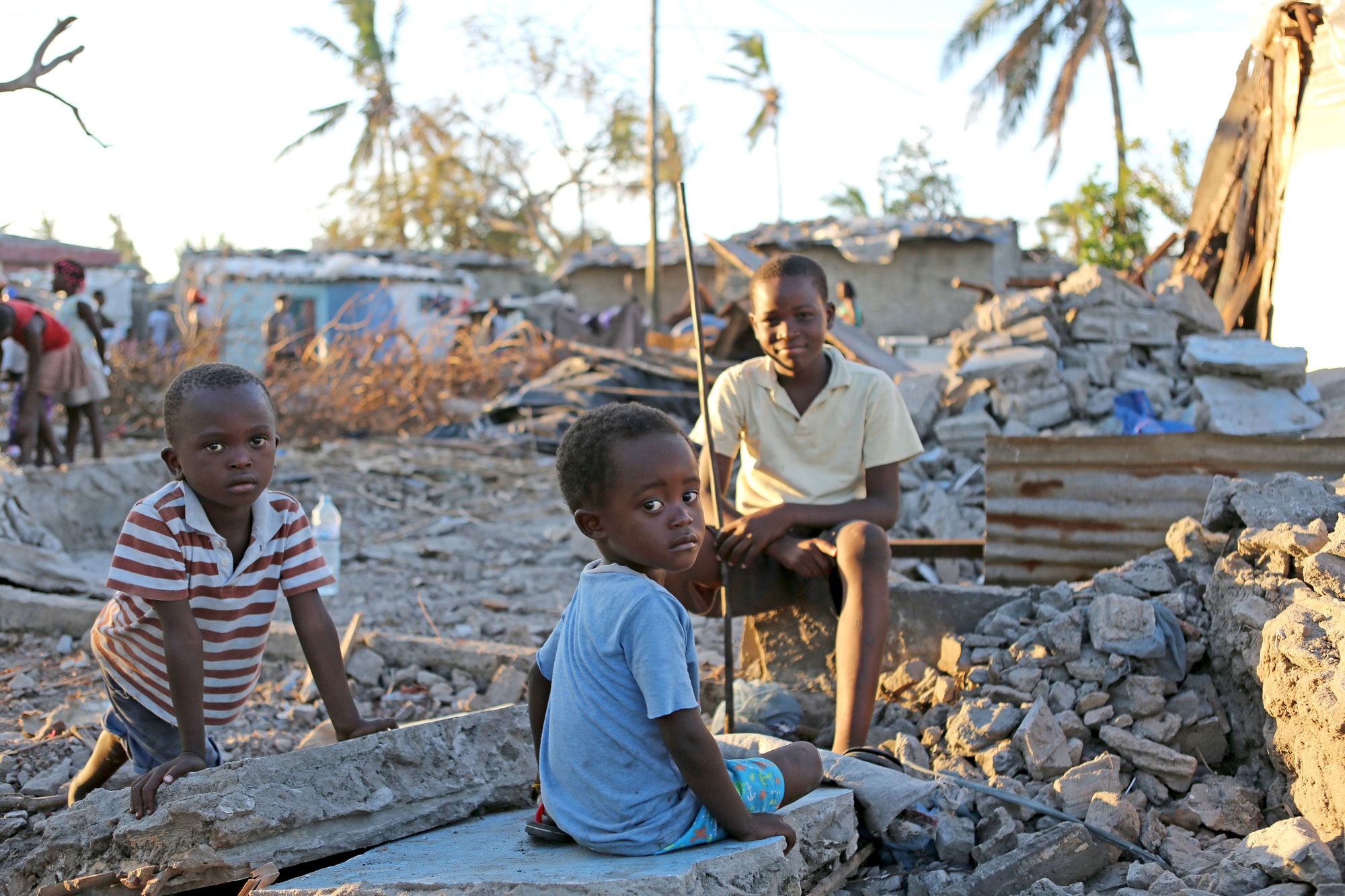 In Mozambique, many villages have been almost completely destroyed and over 90% of the infrastructure has collapsed because of the cyclone. There is a lack of food, medicine and clean water. Above all children are affected by hunger and the lack of sanitation, and diseases such as cholera and malaria are spreading rapidly. (© Aktion Deutschland Hilft/E. Beyer)