The people of Donau-Ries, a district in Swabian Bavaria, Germany, have had their say: Oettinger Brewery has been voted one of the region’s best employers. This is according to the business magazine WirtschaftsWoche, which this week published its rankings for “Germany’s top employers for the common good”. Oettinger Brewery took third place in the rankings, behind the two social welfare institutions, gkU Donau-Ries-Kliniken und Seniorenheime and Lebenshilfe Donau-Ries, but ahead of well-known consumer goods manufacturers and financial services providers. The rankings are based on responses offered by local citizens to surveys examining the region’s top employers in terms of community welfare aspects. For owner Pia Kollmar, the result is proof that the company’s long-standing social commitment in and for the region has not gone unnoticed and is now being acknowledged: “I am delighted that Oettinger Brewery is held in such high esteem in the region. We will continue to stand up for the interests and concerns of people and institutions in this region and strongly advocate the benefits of voluntary work.“

Oettinger Brewery’s personnel development program, which was introduced in 2014, has now become an integral part of the company’s culture. A total of EUR 2,500 per quarter is made available for voluntary projects at each Oettinger location. The money serves to benefit associations and organizations at which Oettinger Brewery staff volunteer during their free time. 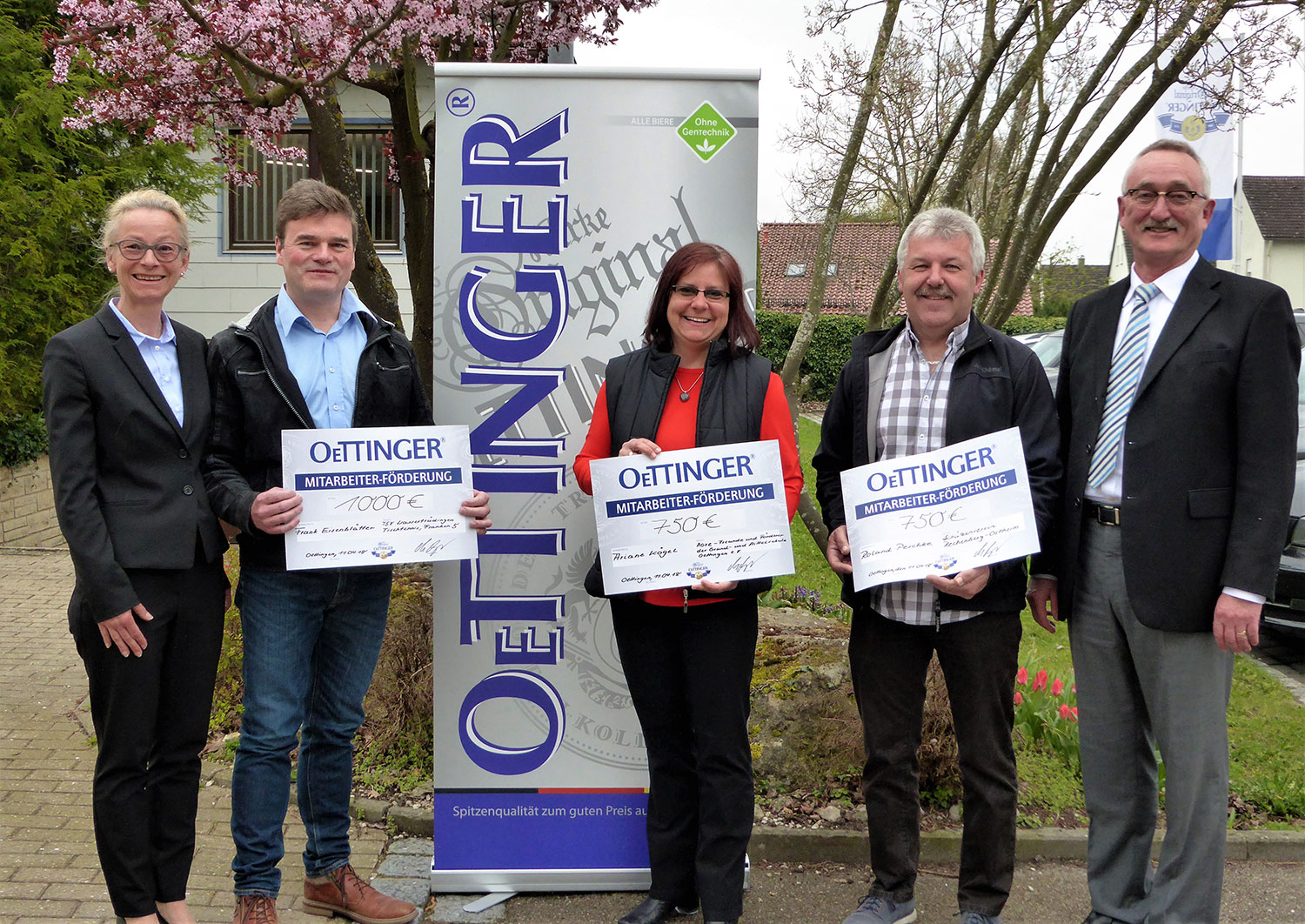