Welcome to professional life: Apprentices begin their future with OeTTINGER

For young people, the first day of an apprenticeship represents the start of a new chapter in their lives.  On September 2, six new apprentices in Oettingen kicked-off their careers with OeTTINGER Brewery.

As is tradition, owner Pia Kollmar, the instructors and the current apprentices greeted the newcomers at the start of their apprenticeship. This was followed by a tour of the entire premises, in which the new apprentices were given an insight into the processes and philosophy of the brewery. The bottling plants, with a daily output of up to 3.5 million bottles, were particularly impressive. At lunch, everybody met back up at Forstquell Brewery’s rustic country inn, where they were able to get to know each other better in a more laid-back atmosphere.

Apprenticeships at OeTTINGER: In demand right across Germany

As delighted Managing Director, Bernhard Wenninger, commented: “Welcoming the new apprentices is always a huge pleasure. We are one of the main employers here in the region and so our apprenticeships are highly valued. We are proud to have taken on six motivated young people this year.”

This year, OeTTINGER is training three brewers and maltsters, one driver, one industrial manager and one dual-track student at its headquarters. In total, the brewery has around 450 employees at its main site, 15 of which are apprentices completing trainings in four different roles. In Germany as a whole, OeTTINGER now employs 33 apprentices at its four brewing sites, eleven of which are new entrants, in the following five roles: 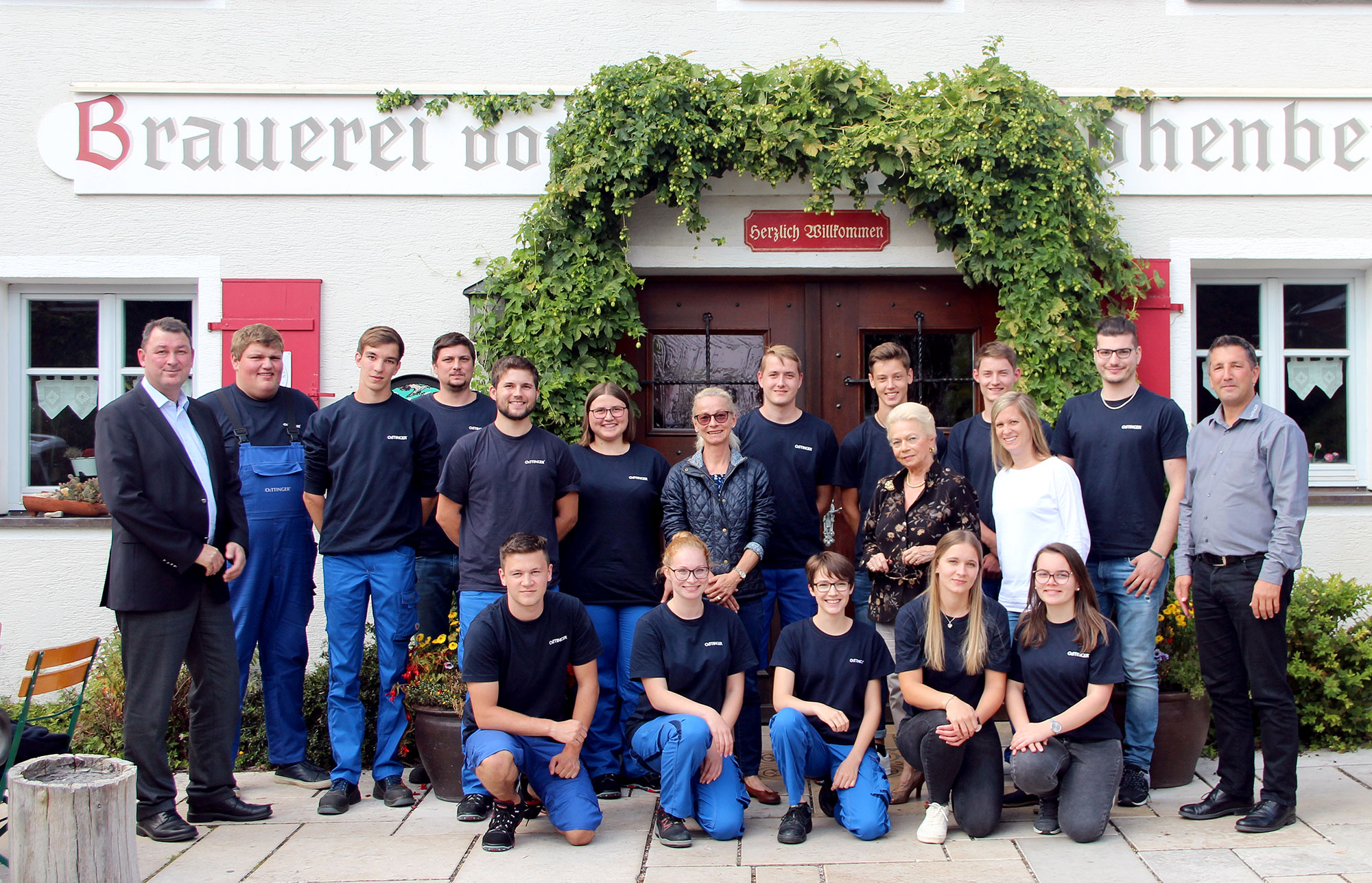 Pia Kollmar ranked among the 100 most influential German businesswomen

In its first edition of 2021,the German business magazine manager magazin included Pia Kollmar, our majority shareholder and Managing Director of OeTTINGER...

Saving the best for last: Straight after successfully completing their apprenticeships at our headquarters in Oettingen, Franziska Jung (food technology...

“My family are firm believers in one of life’s most precious commodities: Beer! It is at the heart of our...